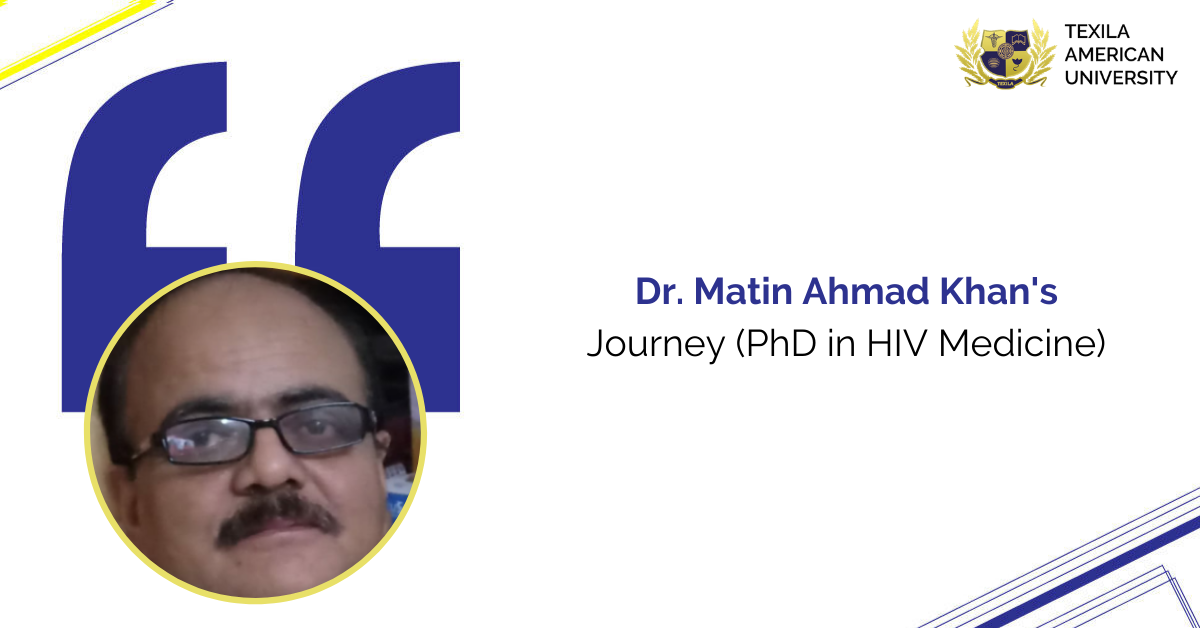 Dr. Matin Ahmad Khan is a highly accomplished HIV medicine specialist and is the first Indian to receive the HIV Specialist credential from AAHIVM (American Academy of HIV Medicine) of the US.

Dr. Khan, who completed a PhD in HIV medicine at Texila American University (TAU) in Guyana, says that the university was a committed partner in his research effort that was immensely rewarding in a long and challenging career.

What led Dr. Khan, who is now retired and serves patients in a private capacity, to pursue research and make lives better for those afflicted with a disease beset with stigma and discrimination?

“Those afflicted with HIV-induced AIDS have to not only battle the disease but also fight off the stigma that is associated with it,” says Dr. Khan.

“It’s a challenging area of medicine.”

However, patients today have taken it in their stride. Increased awareness of the disease and knowledge about effective treatment methods have brought about a change in the attitude and behavior of patients,” Dr. Khan says.

The level of acceptability of HIV patients has also increased, along with government-backed schemes reaching out to them.

“Though treatment of HIV, or for that matter any serious disease, has taken a backseat, I personally gather that there has not been an alarming increase in cases,” says Dr. Khan.

Now, consider this scenario, where, at least in Jharkhand, just two out of 100 HIV patients have called in after testing positive, despite it being an immunodeficiency disorder, he says.

We have to ask if better management of the disease through enhanced treatment has made a difference, says Dr. Khan’s diligent search for a university degree in HIV medicine was a prolonged exercise.

Winning a fellowship to the Calcutta School of Tropical Medicine defined my career, he says, with a 1985 workshop in HIV increasing my fascination for this field, ultimately sowing the seeds for a gratifying career.

Eventually, Texila American University offered this program, which, however, was a PhD in HIV management and required a master’s. So, Dr. Khan completed a master’s degree in public health before he did a PhD.

“Texila is probably the only university in the world that is offering a research-level degree in HIV studies, and I’m grateful to have found it and experienced its learning environment,” says Dr. Khan.

The challenges came in the form of finance and social stigma attached to the field of research.

While TAU lent me a hand with a scholarship, the research was fraught with reluctant volunteers, whose willingness to share their experiences was crucial for studies, he said.

There were many challenges I had faced during my academic journey. One of them was monetary support, and it was taken care of by TAU as they helped me with a scholarship to support my studies.

Advanced antiretroviral treatment for HIV patients over the years has been quietly working to bring about a drastic change in survival rate, says Dr. Khan.

Dr. Khan hopes that scientific advancements in treatment will see no new HIV patient by 2030. 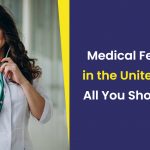 Medical Fellowship in the United States: All You Should Know 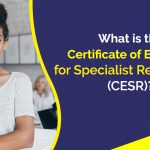 What is the Certificate of Eligibility for Specialist Registration (CESR)? 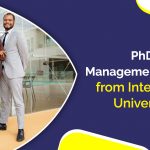 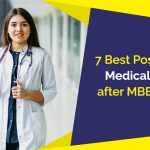 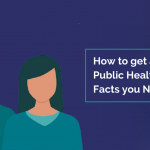 How to get into PhD Public Health Program: The Facts you Need to Know 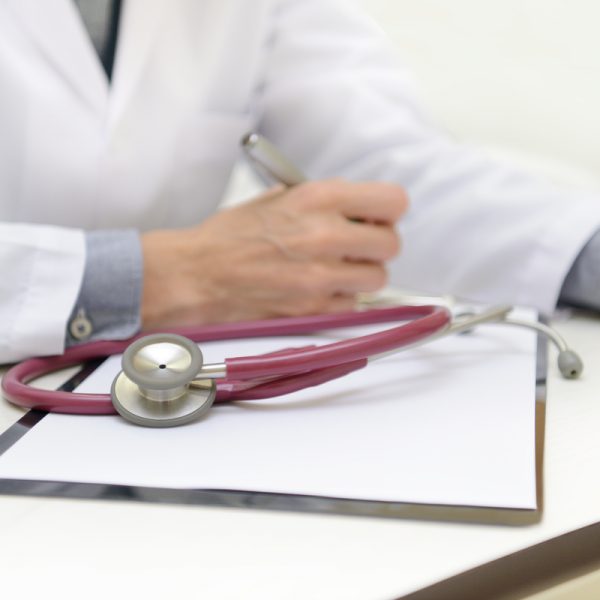 How to Prepare for RCP 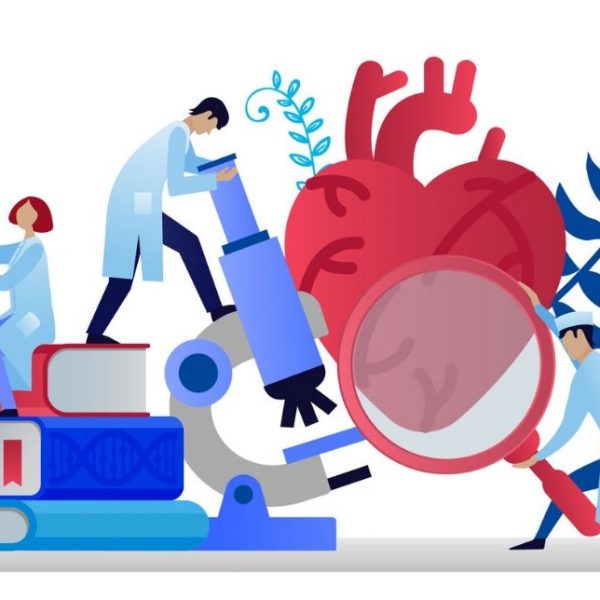 The Rising Demand For Cardiologists Worldwide 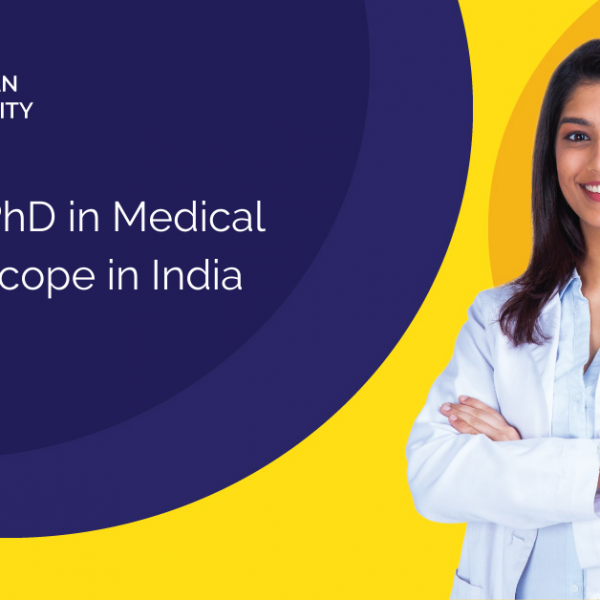 Introducing PhD in Medical Science: Its Scope in India 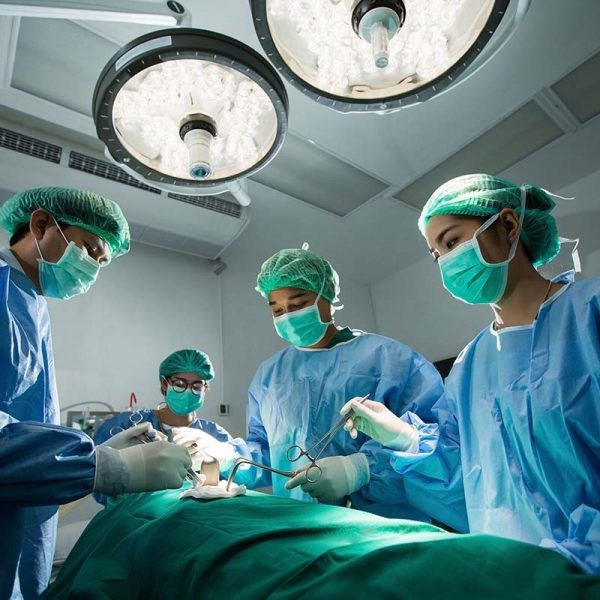 How to Become a General Surgeon in India 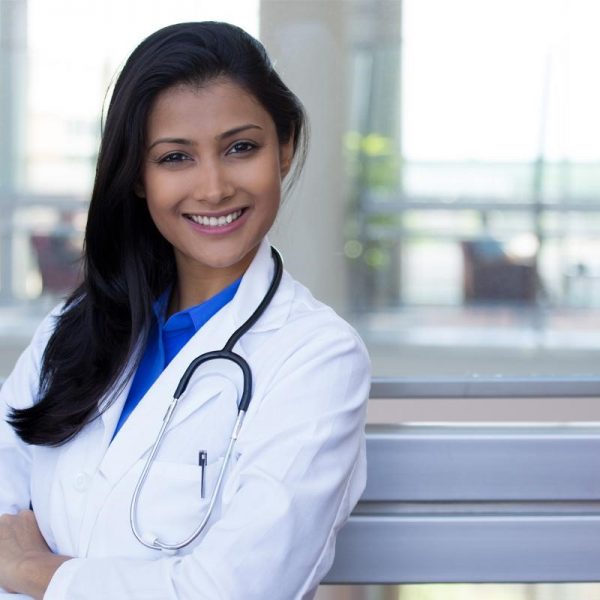 How Is Texila American University Changing the PG Scene in India 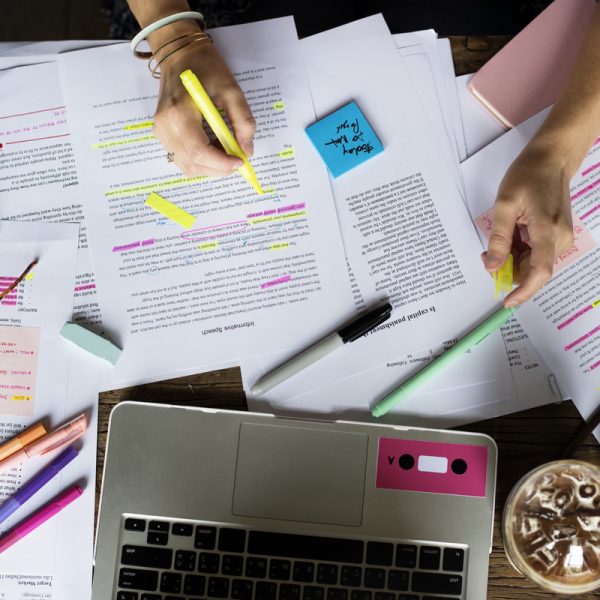 How to Prepare for NEET PG in 30 Days